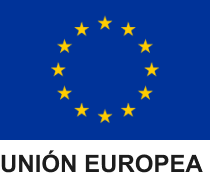 The meteorological vintage began with a very dry autumn and the reservoirs practically empty. December gave a change with rains and for “Reyes” (January 6th) it rained and snowed causing a circulatory chaos in some roads. Winter ends being very cold and with swamps to overflowing.

Sprouting arrives somewhat delayed and with more than 280 mm. of rainfall since January. Spring was very cold and rainy. Flowering was late, the most delayed in recent years. July came with heavy storms and hailstorms. On the 8th the hail affected a good part of our vineyards in Villalba, Briñas, Haro and Gimileo.

Mildew attacks developed mainly in Rioja Media and Alavesa. August was dry with some hot spots and cool nights. The veraison was also late. Cluster mildew appeared, especially on faces affected by hail. The floors were very wet, and it was difficult treating them.

Wood diseases appeared more virulent than usual. It was a year of abundant harvest in the D.O. although it was not the case of the RODA vineyards that had lost part of their production due to hail in July.

In September there were storms with rains that caused botrytis. Stunning pictures of Logroño flooded during the festivity of San Mateo. At the end of September, the temperatures were very high. The harvest was also late. It began in the last days of September and ended on October 23rd.

668 mm. were collected during the vegetative cycle, making the 2018 vintage the second rainiest in the history of Roda, after 1992. It has been one of the most complicated years meteorologically.

Bush vines older than 30 years, mostly in Haro and its surroundings. Average yields 1,5 kg. per vine.

Middle layer with a red background and also red rim, somewhat more open in colour than usual. The profile of the 2018 vintage, rainy and cold, is noticeable in the colour.

It is intense with very fresh red fruit, light and very fine. There is a lot of delicacy and balance. The oak is impeccably assembled and the fruit is specially fresh. The sensation in the nose grows as it is aerated. Notes of very fine spices are appreciated.

It is of medium volume that fills the palate. The tannin is polished and the touch is very pleasant. It has a marked fruity character from the profile of red fruits, among which the cherry stands out. It is long and fresh and floral details appear among the spicy notes. It has spaciousness and lightness at the same time.

The influence of the 2018 vintage is noticeable, a fresh year with an old profile, with rain and cold temperatures that gave wine of lower volume and greater freshness.

COME TO VISIT OUR WINE BAR

DISCOVER OUR WINES
Bodegas Roda SELA
Our youngest wine From vineyards that are 15 to 30 years old.
See more
RODA I
Black fruit in a wine with character that maintains the freshness of the fruit.
See more
CIRSION
Wine from selected bunches where the grapes have matured exceptionally.
See more
Newsletter
Find out more about the latest news by subscribing to our Newsletter.

Newsletter
Find out more about the latest news by subscribing to our Newsletter.